It’s been an explosive day on Parliament Hill. Late Tuesday, the Prime Minister announced that he’s kicked both former attorney general Jody Wilson-Raybould and fellow ex-cabinet minister Jane Philpott out of the Liberal caucus. He made the announcement after spending the day consulting by phone with caucus members about whether they wanted the pair to remain in the Liberal fold. 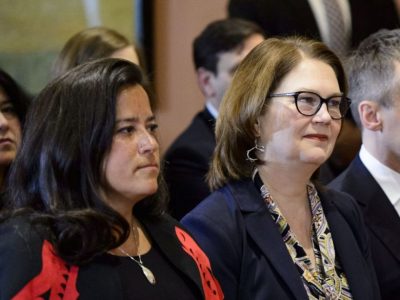 In the weeks following Wilson-Raybould’s resignation in February over the S-N-C-Lavalin controversy, caucus had grown divided over the question of whether Wilson-Raybould and Philpott should be allowed to remain in caucus. Trudeau himself had initially suggested he would be willing to let them stay but cited a phone call that Wilson-Raybould secretly recorded with former Privy Council clerk Michael Wernick. Trudeau says that act by his attorney general is “unconscionable.” The Prime Minister says the old liberal party was notorious for infighting and that his leadership was a commitment to change that. Moments ago, Conservative Leader Andrew Scheer responded saying Liberal MPs have chosen to condemn colleagues who spoke truth to power and to prop up a prime minister who is drowning in scandal. He went on to say that Canadians will view their removal as a betrayal of justice. Make sure to listen to Zoomer Radio Wednesday at noon, when Fight Back host Libby Znaimer is joined by a panel of expert guests with reaction to this news.