The NDP is promising to bring in a universal  national pharmacare plan  if the party wins the next federal election. 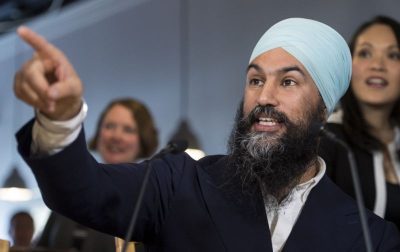 NDP Leader Jagmeet Singh announced details in B.C. The plan would see every Canadian covered for a list of prescription drugs determined by an arms-length group of experts that it says would be protected from industry and political pressure. Singh says plan would save families who don’t currently have private drug coverage an average $550 per year and it would save employers about $600 per employee with extended health benefits. The N-D-P leader says when Canadians arrive at pharmacies for medication, they should take out their health cards – not their credit cards. The plan would cost the federal government 10-billion-dollars a year on top of what the provinces already pay. But Singh says it’s worth it, pointing to a study that says a national pharmacare program would mean 4-billion dollars in annual savings over the current amount being spent on drugs in Canada.