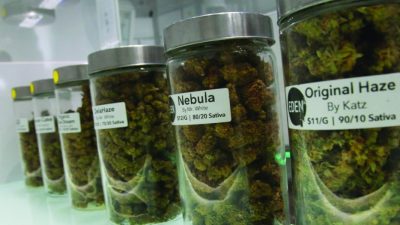 Also during Thursday’s vote, council approved a motion by Mayor John Tory requesting the province to give the city authority to decide where they’ll be located. Tory’s motion recommends far from schools and community centres. Tory says not allowing retail stores to operate in the city would only serve to encourage the black market. The Ford Tories have given communities until Jan. 22 to decide whether they want to opt out of hosting the stores, which are set to open starting April first. Meantime, an unexpected announcement from Queens Park on the marijuana file could impact sales of the drug in Toronto. Months after saying it would not cap the number of licences for retail pot shops, the provincial government has reversed course. The PC’s now say they’ll issue just 25 licences by April because of what it calls severe supply shortages across the country. They’ll be issued based on a lottery system for the initial wave of licences to be announced in January.