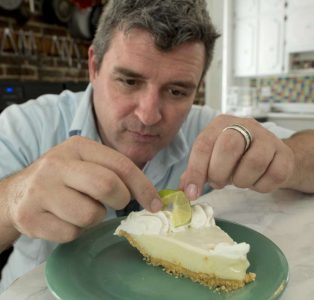 There’s some dispute about the origins of the delicious Key Lime Pie. Florida Keys culinary experts say it was invented on their island. But cook book author Stella Parks claims it originated in New York City in 1931 by the Borden Milk company as a marketing ploy to sell more condensed milk..which is a prime ingredient in key lime pie. David Sloan is firing back. He’s the author of a popular Key Lime Pie cookbook and claims the recipe was first used by fishermen in the late 1800’s. In 2006, Florida’s legislature voted Key lime pie as the state’s official dessert.