Researchers have discovered another organ, that’s been hiding in your belly! Known as the mesentery, it was previously thought to be just a few fragmented structures in the digestive system. But scientists have realized it is in fact, one, continuous organ. And while that doesn’t change the structure that’s been inside our bodies all along, with the reclassification comes a whole new field of medical science that could improve our health outcomes. Although its function is unclear, it opens up a whole new area of science. Following its reclassification, medical students are now being taught that the mesentery is a distinct organ. It’s in the lining of the abdominal cavity that holds our intestine to the wall of our abdomen. Gray’s Anatomy, the world s most famous medical textbook, has been updated to include the new definition. One of the earliest descriptions of the mesentery was made by Leonardo da Vinci. J Calvin Coffey, a researcher from the University Hospital Limerick in Ireland, first discovered that the mesentery was an organ. 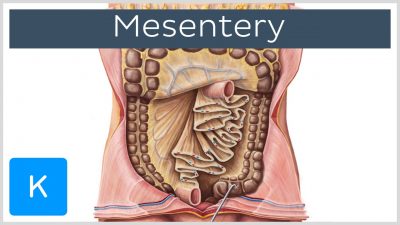