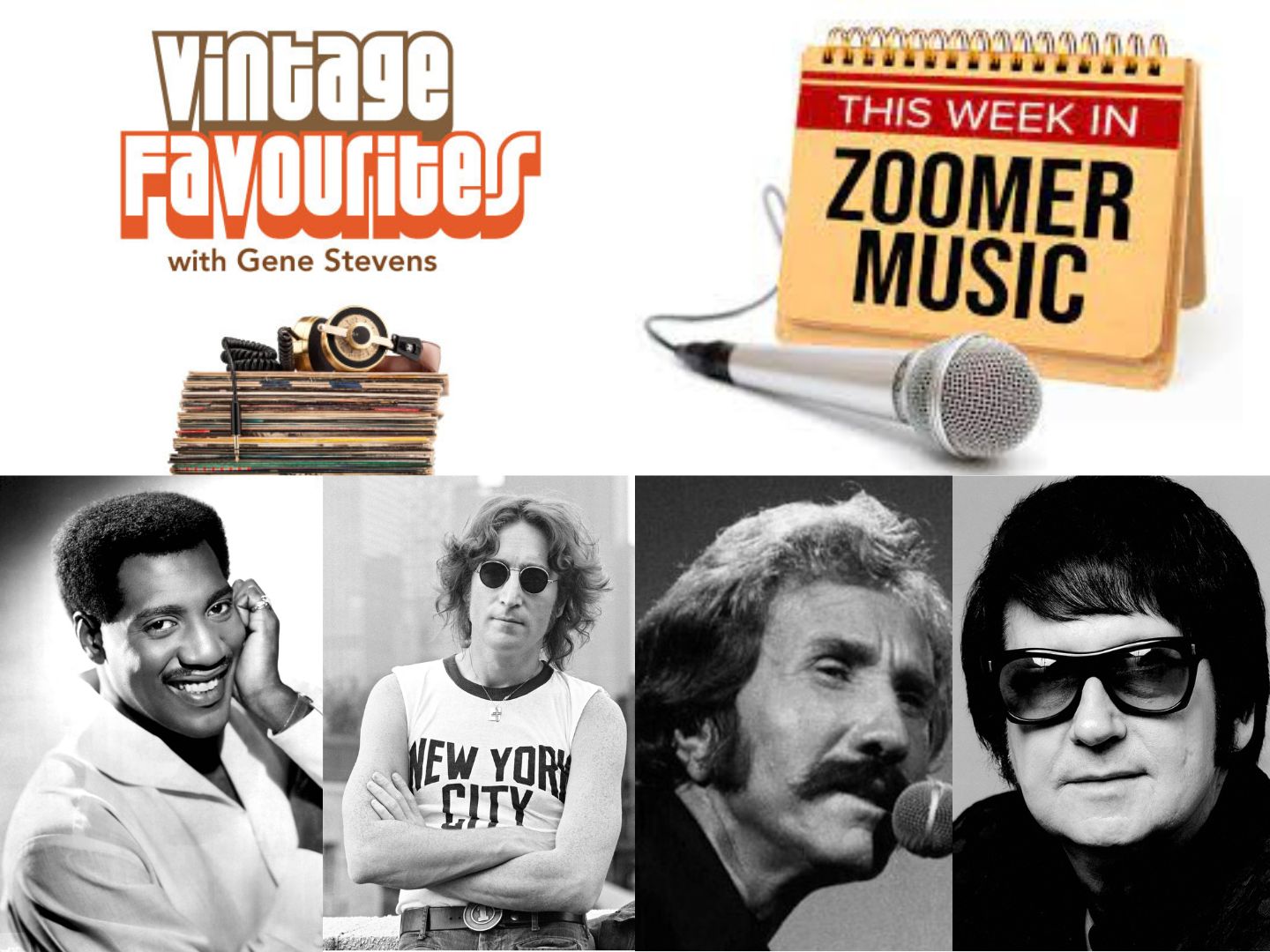 It’s a coincidence of history when several major recording artists die in the same week – and next week is one of those.  Otis Redding died in a plane crash Dec,10, 1967; John Lennon was murdered Dec.8, 1980; and heart attacks took both Marty Robbins Dec.8, 1982 and Roy Orbison Dec.6, 1988.  Each one a tragic loss at much too early an age; and each one leaving behind a huge legacy of wonderful music.  We’ll have a taste of those legacies in this Sunday’s edition of Vintage Favourites featuring ‘Legends in Memoriam’.

I’ll also have a birthday salute to Andy Kim, and our first hour’s feature (2-3pm.) is ‘This Week in Zoomer Music‘ remembering ‘The Million Dollar Quartet’, Neil Diamond’s ‘Hot August Night’ – marking its 50th anniversary – Donny Osmond turning 65 (!), and ‘The Story Behind the Song‘ ‘I Will Always Love You’ which was starting its record-setting run of 14 weeks at #1, 30 years ago this week.  Wow – and wow !  Please join me for these (and other) fascinating songs and stories on the next ‘Vintage Favourites’ Sunday (Dec.4) at 2pm.