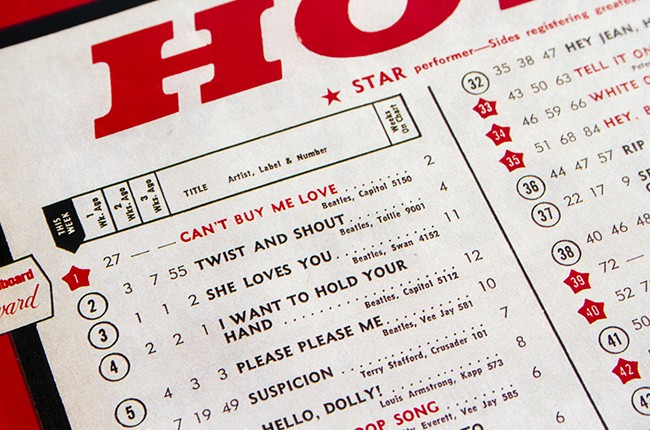 It was a truly momentous achievement at the time! In the first week of April in 1964 – Billboard magazine’s Top 100 hits were dominated by The Beatles in a way no one had ever done before, or since. “Beatlemania” had surely hit us – less than two months after their historic first performance on the Ed Sullivan Show – the Beatles had no less than 12 songs on the Hot 100, but more impressively – all 5 of the Top 5, were Beatles’ hits.

I’ll revisit those exciting days, and play all 12 of those famous songs – and add the couple more they put on the chart the following week. That’s just for starters.

I’ll have even more Beatles songs as they’ve been covered by Canadian artists over the decades. Plus: a spotlight on The Eagles and, on ‘Vintage Canadiana’ it’s Chilliwack. Finally, a birthday salute to John Kay – one-time iconic lead singer of Steppenwolf. It’ll be an exciting show, so join me this Sunday at 2:00 for ‘Vintage Favourites’.