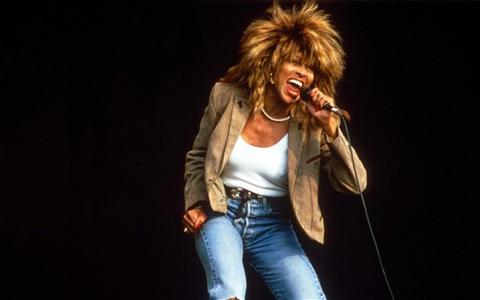 One of the best concerts I’ve ever experienced was Tina Turner at the CNE Grandstand. To say she rocked the house (and that was a BIG ‘house’) would be an understatement. Of course she’d been doing that for decades, and not always so triumphantly, and in full control – with the appearance of unleashed rock’n’roll abandon. She delivered on every hope and wish we had going into that massive concert space – a desire to be transported to another level, charged with the energy from that wild woman on stage – and, yes, turned on by the sexiest performer of all. Don’t let me get started on those legs … whew !

The reality of course was very different. There’s the on-stage performer giving a show – and there’s the real person living a real life, that was not always a joy. Her story’s well-known, thanks to the film ‘What’s Love Got to Do With It’. and the upcoming musical ‘Tina’. The ‘Queen of Rock’n’Roll’ – as she’s been often called – is about to turn 80 ! Time marches on. I’m looking forward to saluting her in my next edition of ‘Vintage Favourites’.

As well, my year-long feature on ‘the greatest groups of our time – in alphabetical order’ is soon winding up; we’re in the letter ‘W’ now for that great 70s psychedelic soul-funk band. WAR. The Canadian counterpart lands on the letter ‘S’, for The Stampeders. And I’ll squeeze in a couple birthday salutes to Holly Cole and Keith Hampshire. Sounds like a busy show – and it will be – not to mention our usual first-hour feature on ‘The Fabulous Fifties – and Beyond’. I hope you’ll tune in for ‘Vintage Favourites’ this Sunday at 2 – on Zoomer Radio.