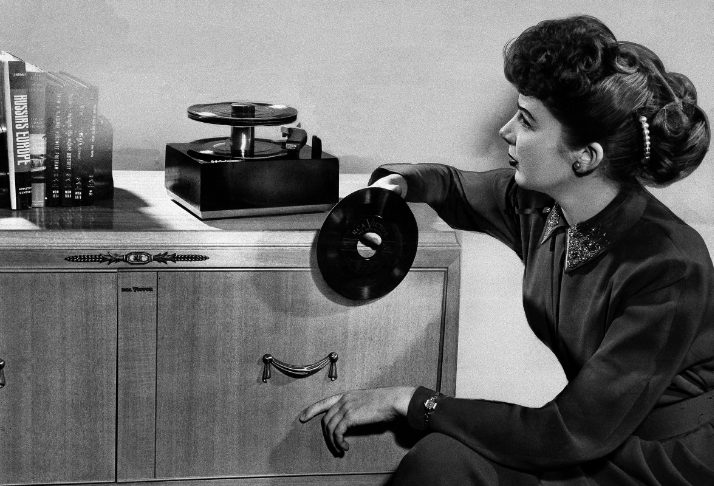 I’m a record collector – well, I once was a record collector. Specifically, I collected those 7-inch vinyl 45s from the late 1960s, till 1989 – when ‘vinyl died’. I had built up quite a collection of 15,000 singles and hundreds of albums. I proudly displayed them in their own ‘music room’. That’s until I moved back to Toronto in the 1990s and discovered I couldn’t afford a family home with an entire room devoted just to my hobby. Instead, my daughters got the bedrooms, and into the basement those records went – into rubber containers, stacked high and wide. As many others, I then started getting my music on CDs, ultimately replacing many of the vinyl records I had. At first I quite enjoyed the improved sound of CDs – especially compared with scratchy old/used 45s. Well – you can guess the rest of my story. I didn’t replace my old turntable, which I wasn’t even using. And then I sold off my vinyl collection – ‘vinyl was dead’ – right ?

Not quite – as we’ve seen in recent years. Vinyl has made a remarkable come-back, especially among younger consumers looking for that authentic analogue experience of a rotating vinyl disc on a turntable with a stylus dropping into the grooves to produce that wonderful warm sound. I know that feeling and I wish them well. But I’m not diving back into the vinyl field myself. Not after going from records to cassettes to CDs to on-line sources.

But I’ve told you all this as background to the big anniversary coming up this Sunday, March 31st. It was exactly 70 years ago RCA Records launched the first 45 rpm vinyl discs. There were several dozen – mostly re-issued songs from the older 78s – released that day, with new recordings arriving in the following weeks. The 45 rpm disc was RCA’s counterpoint to Columbia Records’ recently launched 33 rpm. vinyl LPs (long-plays). Suddenly in 1949, one could find 3 different record speeds for sale – along with their respective turntables. The 78 rpm record eventually faded in the mid-50s and the 33 LP and 45 single remained as our music choices till the 8-track, the cassette and eventually the digital CD in the late 80s.

I’ve got a fascinating edition of ‘Vintage Favourites’ for you this Sunday – ‘Celebrating the Vinyl 45’. I’ll start with RCA Victor’s now-rare 45 rpm preview recording which described their new product with great examples of their artists line-up. Then I’ll play two of the first songs released on 45s that first day – by a country music legend and by a bluesman who’s original song would be covered by Elvis 5 years later. I’ll follow up with one song about records from each decade between the 50s and 90s.

Other features include 3 new inductees to the Rock’n’Roll Hall of Fame, the next in our year-long salute to ‘the greatest groups of our time’ – The Drifters; and finally, big birthday spotlights on Roch Voisine and Jann Arden. I hope you’ll join me this Sunday (March 31st) between 2:00 and 4:30 for my next ‘Vintage Favourites’. Cheers.