We're 'Dancing Through the Decades' on Vintage Favourites this Sunday 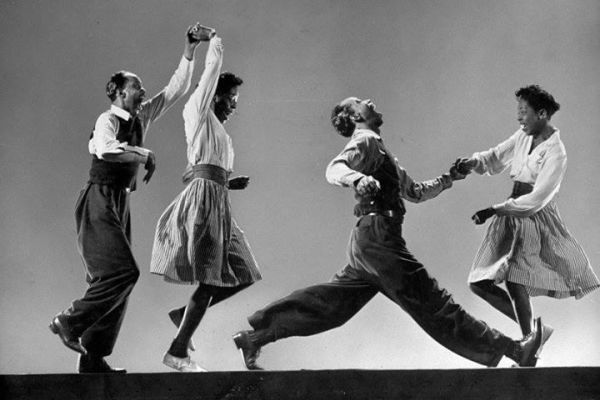 Soon after I started collecting 45s in the mid-1960s, I was taking some of my dance-able records to house parties where I became ‘that guy’ who reliably spun the tunes for everyone. I noticed how ‘the room’ reacted to my choice of songs – from the fast ones many people liked, to the slow ‘grinders’ that filled the floor at just the right times. What a feeling it was to set the mood for the party – with dance music.

That led me to join a professional dee jay company and do weddings, banquets, hotel parties – and ultimately to broadcasting – first as an operator, then a live show host, and eventually music director, program director and even general manager. It seems those 45s led to over 45 years in the biz that I still love.

So there’s something about songs that make you want to dance. And that’s what I’m spotlighting during the next 3 editions of ‘Vintage Favourites’. First up in this Sunday’s ‘Part One’ – a dozen landmark dances and the songs that inspired or best described them – from the Roaring Twenties’ ‘Charleston’ and the Depression-era Thirties’ ‘Jitterbug’, through the 1940s ‘Hucklebuck’ and into the Fabulous Fifties’ doing the ‘Mambo’, ‘Stroll’ and several more.

That’ll set us up nicely for the following week’s focus on the many dance hits of the 60s, and finally in Part 3, we’ll go Disco. That’s ‘Dancing Through the Decades’ on Vintage Favourites, with ‘Part One’ this Sunday (14th).  Cheers.