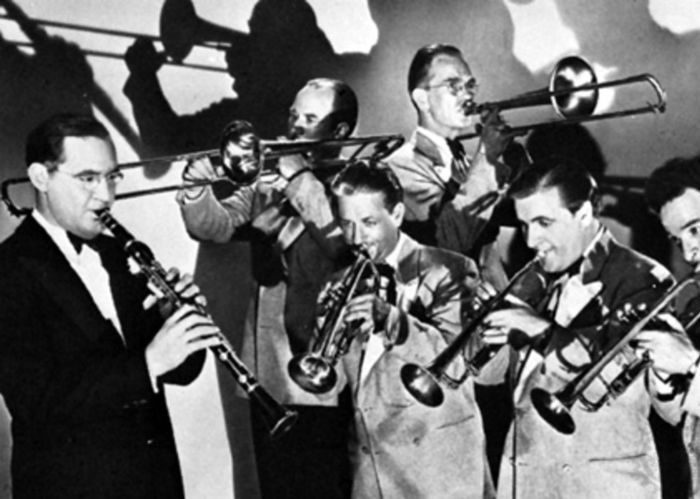 The main theme for ‘Vintage Favourites’ in 2018 will be exploring various ‘music genres’ – from R&B and soul, to folk, rock, reggae, surf, disco, to The Great American Songbook, Broadway and the movies. The first of these specials is ‘The Swing Edition’ coming up this Sunday (Jan.14). I was inspired by the 80th anniversary of one of the pivotal moments in music history – on January 16th, 1938 – when big band leader Benny Goodman first played Carnegie Hall. The hallowed New York concert hall had never hosted a pop performance. It was strictly for ‘high-brow’ entertainment, and jazz/swing music was the ‘pop music’ of the time. This was the show that moved pop music into a new era of ‘respectability’; and made jazz/swing truly mass appeal.

I’ll play you the classic ‘Sing Sing Sing’ from Goodman’s live concert that night, along with several of the swing era’s most famous classics, and a tip of the hat to Canadian band-leaders of the time, as well. It’s a sure bet neither you nor I actually saw that concert, or felt that exciting rush of a new music style sweeping the landscape – it was 80 years ago, and we’d have to be in our mid-90s! But I’ve always maintained music constantly evolves and each new layer is built upon the previous – each new star stands on the shoulders of giants who went before. We simply couldn’t have rock’n’roll, without the swing era musicians who added their energy to the earlier, Depression-era, ballads. It was as exciting a time for the ‘swing-kids’, as it would be later on for teenagers of the 50s, with their rock’n’roll.

I’ll also have a triple-play birthday salute to country cross-over superstar Ronnie Milsap, turning 75, and a half-hour retrospective of the British blues legend Long John Baldry. A very young Elton John was once in his band – even took his last name from John. And yes, it was Long John who saved Elton that night he almost killed himself – recalled in Elton’s song ‘Someone Saved My Life Tonight’. Baldry left the UK – mostly due to its laws against gays – and settled in Canada where he rekindled his career. I hope you’ll join me this Sunday for Baldry, Milsap, and ‘The Swing Era Edition’ of Vintage Favourites. Cheers – Gene.