If he were a real spy, James Bond would be getting a new boss. 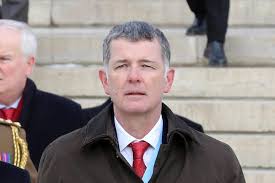 The British Government has appointed Richard Moore as the new chief of its secret intelligence service MI6.

Moore has held senior roles at MI6, which he joined in 1987.  He’s also served as a British Ambassador to Turkey.

Unlike the boss in the Ian Fleming-Bond novels who is known as “M,” Moore will be known as “C.”