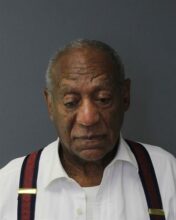 The 82-year-old Cosby has been in prison for almost two years after a jury convicted him of drugging and sexually assaulting a woman in 2004. He’s serving a three- to 10-year sentence. The  case centered on a former Temple University employee, Andrea Constand from Toronto, who told police about the assault in 2005.

The Supreme Court has agreed to review two aspects of the case that Cosby’s lawyers challenged on appeal. One issue focuses on  witnesses who testified about alleged assaults that were not part of the charges, and the second focuses on the previous district attorney’s decision not to charge Cosby a decade ago.