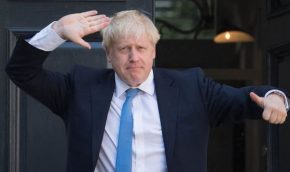 Johnson is urging opposition MPs to try to topple his government,

which could ultimately lead to an election.

Brexit, but opposition MPs don’t want an election until the risk of