Saying humanity is waging war with the planet, the head of the United Nations isn’t planning to let just any world leader speak about climate change in Monday’s special “action summit.” 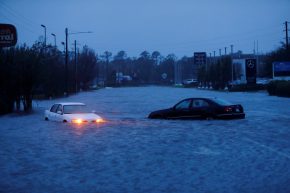 Secretary-General Antonio Guterres says only those with new, specific and bold plans can command the podium and the ever-warming world’s attention.

To underscore the seriousness of climate change, the U.N.’s World Meteorological Organization has issued a report showing that in the last several years, warming and carbon pollution have accelerated.

A U.N. official who spoke on condition of anonymity says Brazil’s and Saudi Arabia’s proposals fell short, so they’re not on the schedule. The United States didn’t even bother to ask.