As expected, the much hyped new book by Margaret Atwood is a big seller. Sales for The Testaments, the highly anticipated sequel to The Handmaids Tale, have already topped 100,000 copies. As of Thursday afternoon, the book was number #2 on Amazon in the United States. Released earlier this week, The Testaments is the biggest opening this year for publisher Penguin Random House. 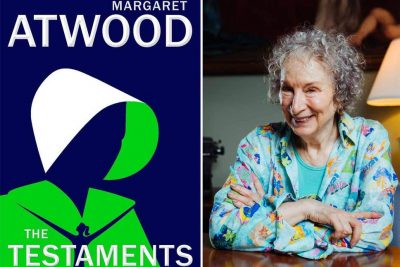 The 79-year-old Canadian Literary legend said she wrote the book after concerns about the rise of President Donald Trump and after readers requested more. The million-selling The Handmaid’s Tale was published in 1985 and sales have surged recently, in part by Trump’s election and the acclaimed TV adaptation.