Premier Doug Ford is urging teachers in the province not to strike. 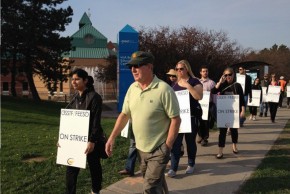 When asked Tuesday if he was preparing for the possibility of a strike, Ford said teachers in the province have it good, pointing to three months of holidays and the best benefits and pensions in the country.

Ford added that teachers have waged job action against numerous Ontario governments, regardless of party but that they now have to get with the times.

While the notification does not necessarily mean all notified will be laid off, it could indicate higher than usual job losses later this year.

Peel school board officials say they have not declared any teacher surplus the last five years.