Britain’s parliament has voted to reject the country leaving the European Union without a deal. 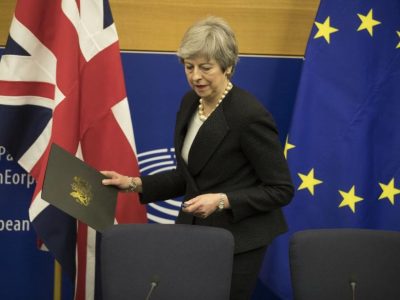 The decision lessens but doesn’t remove the chance of a no-deal exit. The Wednesday vote also increases the chance that Britain’s exit will be delayed. MPs voted 312 to 308 for a motion to reject the United Kingdom leaving the EU without a withdrawal agreement. The largely political vote has no legal teeth. Lawmakers will now vote Thursday on whether to ask the European Union to extend the March 29th Brexit deadline. British Prime Minister Theresa May told M-Ps that they must now decide between approving a withdrawal agreement with a short delay or a longer extension to negotiate a new arrangement. May warned that a long extension would mean Britain would have to take part in European Parliament elections in late May.