News just coming out that actor Jan Michael Vincent died of cardiac arrest on February 10th. Zoomers will remember him as helicopter pilot Stringfellow Hawke on the 80’s TV show Airwolf. Vincent played a loner pilot who stole a high tech military helicopter and fought bad guys around the world. He was also known for movie roles in the 1970s including “The Mechanic.” A death certificate shows that the 74-year-old died in a North Carolina hospital. 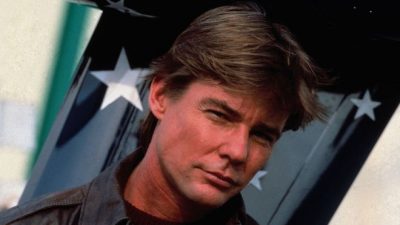