It is now official, Canada’s Yannick Nezet-Seguin will become the music director of New York’s Metropolitan Opera in September. 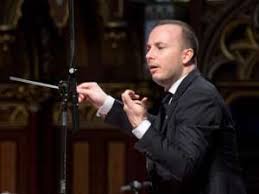 The 43-year old Montreal native becomes just the 3rd music director at The Met and will take up the post in time for the start of the Opera’s 2018-19 season, accelerating his arrival by two years.

By freeing up some guest conducting weeks in his busy calendar in both this season and the 2019-20 seasons, Nezet-Seguin will now be able to conduct three operas and two Met Orchestra concerts at Carnegie Hall instead of the two operas per season originally scheduled.