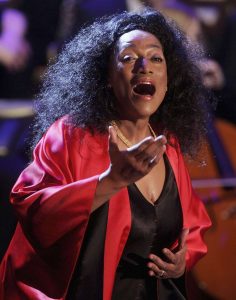 The prize organizers call the five-time Grammy Award winner and Kennedy Center Honor recipient “one of the great vocal artists of our time, or any time” and noted she overcame racial barriers to succeed.

Established in 1987, the Glenn Gould Prize is awarded in honour of the world-renowned Canadian piano virtuoso – who died in 1982 at age 50 after suffering a stroke.

The prize is awarded every other year.

Norman will also get to choose a young artist or ensemble to receive the $15,000 City of Toronto Glenn Gould Protege Prize.