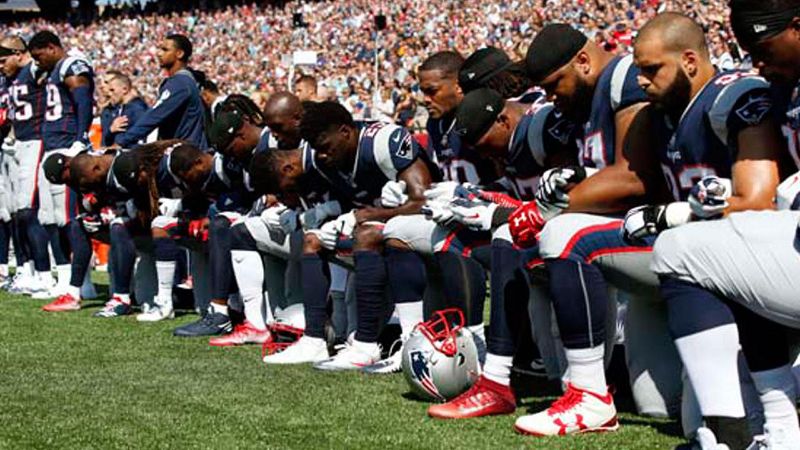 #takeaknee, that was a response  to President Donald trump’s call for NFL owners to fire players who refuse to stand during the national anthem. Trump reignited that controversy with another twitter storm yesterday. Then NFL teams staged a show of solidarity with protesting players before Sunday’s games by kneeling, linking arms or staying off the field during the U.S. national anthem. They were joined by coaches, support staff and even some owners. Though players from both the Calgary Stampeders and Saskatchewan Roughriders stood for the Canadian anthem prior to their game in Regina, the Riders locked arms in a show of solidarity. We check in with U.S. political journalist Paul Pacelli, and Mike Hogan – the play by play voice of the Toronto Argonauts.