Ontario’s transit agency Metrolinx has decided not to appeal a court ruling favouring Bombardier – but that Montreal-based company will be excluded from bidding to operate GO Transit trains – which is something it’s done for more than 40 years. 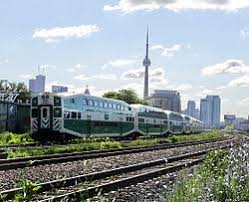 Metrolinx is saying it will look for new operators – after the current contract expires in 2023 – to run its service.

The new contract is expected to be awarded in about a year.

There’s been no problem with Bombardier’s operations of its suburban and airport railway service – but Metrolinx spokeswoman Anne Marie Aikins says the agency is looking for an international operator or consortium – to run the enlarged service of 6,000 trains a week.

The selected operator will review current services handled by Bombardier and two other Canadian companies before running the enlarged network.

Aikins says the agency will also focus on the dispute resolution process with Bombardier.