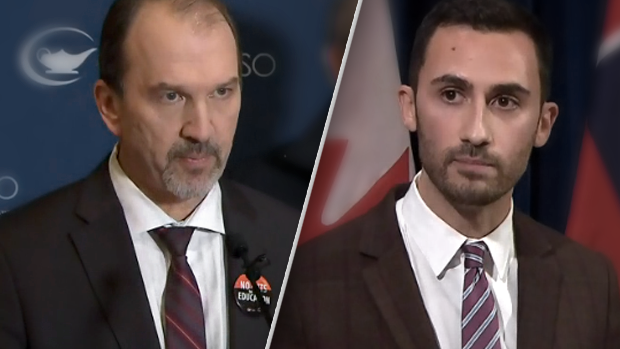 In the news: In an announcement to the public at Queens Park yesterday, Ontario Minister of Education Stephen Lecce said that the province won’t be making changes to class size for elementary school students and that proposed that the average class size for high schools would be 23 students between 2020-21. He also said that students will be able to opt-out of e-learning courses. While these are key moves by the Ford government in the ongoing negotiations with the teachers unions, Minister Lecce said that it is not willing to go further than a 1 percent-a-year increase in salary and benefits.

Harvey Bischof called the Minister’s press conference an ‘amateur’ stunt. Libby and the union president discuss what this all means for the negotiations moving forward.