STRATEGY PANEL: THE FUTURE OF THE CONSERVATIVE PARTY AND MORE -DECEMBER 17, 2019 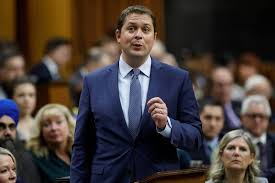 This is the final strategy panel before the years end and the final one before the start of a new decade. Today, we extend the discussion to a full hour. On the list of agenda items: Andrew Scheer is stepping down as leader of the Conservative Party of Canada. So where does his party go from here? Chrystia Freeland has been given responsibility across practically every federal government file. Yesterday, Ottawa provided Canadians with a fiscal update. According to the Finance Department, the federal budget deficit will billions of dollars deeper than it was supposed to be for this year and the next. In provincial news, the city of Hamilton is far from pleased with Doug Ford. The province just cancelled $1 billion dollars in funding for their light rail transit project. Libby and guests discuss these topics and more.