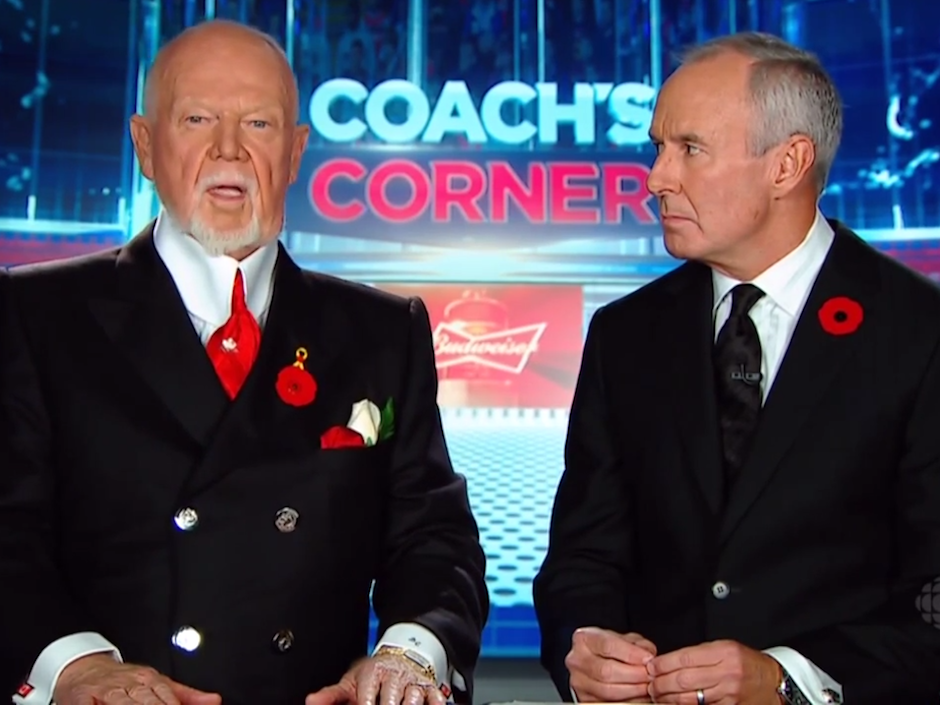 Libby Znaimer is joined by Sean Fitzgerald, Senior National Writer with The Athletic -Canada and Author of Before the Lights Go Out.

During the broadcast, Cherry said, “”You people love … our way of life, you love our milk and honey, at least you could pay a couple of bucks for a poppy or something like that”.

His remarks have since been met with plenty of backlash from the public on social media. So far, the network has apologized. Cherry has not.

Libby and Sean discuss the situation, which has left so many Canadians divided.