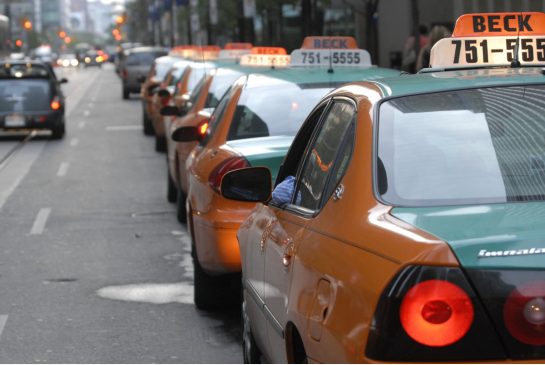 Toronto City Council is voting today on a pilot project favouring streetcars over vehicular traffic on King Street between Jarvis and Bathurst. The project – if approved – would force cars to turn right at the end of each major block. Toronto Taxi Alliance spokesman Sam Moini says that’s a bad idea, and that it’s just going to cause traffic jams elsewhere. But Mayor Tory and his Executive have asked city staff to consider exempting cabs from the turning restrictions during certain parts of the day. Moini joins Libby to talk about it.