It appears U.S. President-Elect Joe Biden is about to announce his nominee for secretary of state. 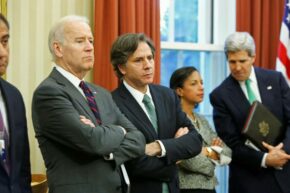 Blinken served as deputy secretary of state and deputy national security adviser during the Obama administration.

If chosen and confirmed, he would be a leading force in Biden’s bid to reframe the U.S. global relationship after four years in which the Trump administration questioned longtime alliances.

Meantime, lawyers with Donald Trump’s campaign have filed lawsuits in six states as he tries to upend the presidential election.

Trump has not seen success in the courts, where judges have uniformly rejected claims of vote fraud.

Experts warn the suits threaten the future of elections because so many Americans believe the unfounded claims being made by Trump.