She found the spotlight with a leading role in the original Broadway Production of “Hair.” 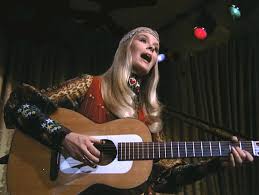 Lynn Kellogg had about the closet thing to a female lead in the musical, playing an uptight debutante turned hippie and singing “Easy to Be Hard” on the soundtrack.
According to her publicist Kellogg has died in St. Louis, Missouri the cause was Covid-19.
She made her television debut on the daytime drama  “The Edge of Night” in 1964.  She had parts in “The Beverly Hillbillies,” “It Takes a Thief” and in “Mission: Impossible” as a folk-singer, in an Eastern bloc country performing Bob Dylan’s “The Times They Are a-Changin.”
Lynn Kellogg was was 77.