CINEPLEX TO KEEP SOME THEATRES SHUTTERED

Cineplex won’t be re-opening any theatres that fall into the province’s new COVID-19 orange zone which includes cinemas in Toronto, Peel Region, York Region and Ottawa. 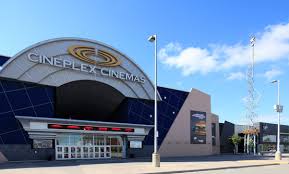 The company says the new colour-coded system puts financial strain on cinemas in certain areas because it restricts crowd sizes to 50 inside the building.
Earlier this week, The Ford Tories announced the new COVID-19 restriction system which places health units in colour-coded categories depending upon their caseload and transmission levels.  At the time, Premier Doug Ford said the new system balances economic and health factors and will allow the province to tackle the virus in a targeted way.
But, he also acknowledged the movie chains aren’t happy with the new coding system. They’d prefer allowing up to 50 people inside a single auditorium.
The Movie Theatres Association of Canada, which represents chains across the country, has called the Ontario restrictions, “a shutdown by any other name.”