The National Ballet of Canada is cancelling the rest of the current season due to the pandemic. Earlier, the Toronto-based company says it was forced to cancel performances set for November and December including its annual production of The Nutcracker. 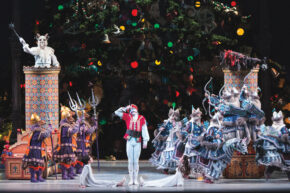 The Ballet later announced a virtual showcase, but still intended to proceed with its winter season next March. But now says with large gatherings unlikely anytime soon, everything is off the table for now.
The world premiere of artistic director Karen Kain’s production of Swan Lake will be postponed to the 2021/22 season. The new season will be announced next spring.