Love him or hate him, he was an international entertainment sensation. 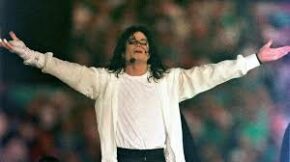 On Friday, a number of items once owned by Michael Jackson will be sold online by Guernsey’s.  Much of what’s going on sale, was from Jackson’s home and was to have been auctioned in 2009 before that was scuttled by a law suit.
Prospective bidders should note that all of the items will be sold without minimum reserves.
The items can be viewed at liveauctioneers.com, invaluable.com and bidsquare.com.
The King of Pop died in 2009 at the age of 51.