This year’s Glenn Gould Prize and the $100,000 that goes with it, has been awarded to indigenous filmmaker Alanis Obomsawin. 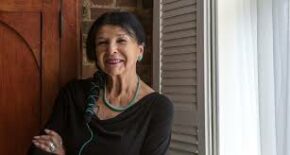 The 88-year-old was selected by a jury of her peers in recognition of her dedication to chronicling the lives and concerns of First Nations people.
Over a more than half-century career with the National Film Board, she directed more than 50-movies.
The Glenn Gould Prize was established in 1987 and is given every other year in honour of the acclaimed Canadian piano virtuoso, who died in 1982 at age 50.
Among the previous winners are Canadian music legend Leonard Cohen.
Obomsawin will now choose a young artist or ensemble to receive the 15-thousand dollar “City of Toronto Glenn Gould Protege Prize” later this year.