A $16.5 million dollar settlement has been reached in a class-action lawsuit over mass arrests at the 2010 G20 summit. 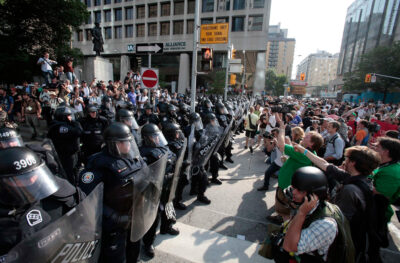 The agreement comes after 10 years of court proceedings and negotiations between the Toronto Police Services Board and representatives for about 1,100 people who were arrested during the summit.

Under the settlement, those arrested will each be entitled to compensation between $5,000 and $24,700, depending on their experiences.

The deal also includes a public acknowledgment by police regarding the mass arrests and the conditions in which protestors where detained, as well as commitment to changing how protests are policed in the future.

Those who were wrongfully arrested will also have their police records expunged.

Toronto hosted the G20 summit of world leaders in June 2010.