MORE QUESTIONS FROM THE HOUSE OF COMMONS ETHICS COMMITTEE

Two federal cabinet ministers and the country’s top public servant are in the hot-seat Tuesday about how a charity with close ties to Prime Minister Justin Trudeau wound up scoring a 912-million-dollar student grant program. 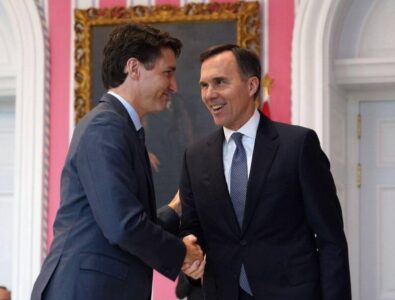 The committee is ostensibly conducting a review of the existing safeguards in place to prevent conflicts of interest when the federal government is deciding how to spend taxpayers dollars.

But opposition MPs are sure to focus on the government’s agreement with WE Charity to administer the grant program.

That deal fell though when an uproar ensued about WE getting a sole-source contract.

Chagger was the minister responsible for the program.

Qualtrough is in charge of the department whose public servants recommended that WE Charity was the only group capable of delivering the program.

Trudeau and Finance Minister Bill Morneau, who also has close family ties to WE Charity, are both under investigation by the federal ethics commissioner.

Both have apologized for failing to recuse themselves when cabinet approved the recommended agreement with the charity.