The Oscar winning screenwriter behind films like “Absence of Malice” and “Out of Africa, has died. 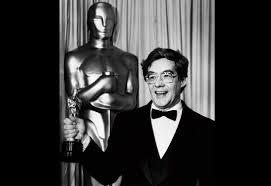 Kurt Luedtke won the screenwriting Oscar for “Out of Africa” and was nominated for “Absence of Malice.”

Luedtke had a career in print journalism before turning to script writing.

He pitched Hollywood studios about a novel about journalism, and a studio bought the unwritten book for $20,000. The result was 1981’s “Absence of Malice.”

For 1985’s “Out of Africa” Ludkey turned to his childhood fascination with East Africa and the semi-autobiographical writings of Danish author Isak Dinesen about her years in Kenya.

Kurt Luedtke was 80.  No cause of death was given.