A young Black man who was assaulted by an off-duty Toronto police officer is not accepting an apology from the force for how it initially handled the case. 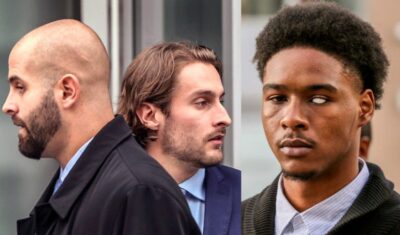 Interim Toronto police chief James Ramer apologized Thursday for the department’s decision not to notify the province’s police watchdog after learning about the beating of Dafonte Miller in Whitby, Ontario.

Ramer’s apology came shortly after an independent review of how then police chief Mark Saunders handled the incident.

Miller and his lawyers said they had only minutes to read through the review before Ramer went public with it, which they called a “public relations exercise.”

Miller’s counsel says the review by the Office of the Independent Police Review Director found Saunders was kept in the dark about the beating of Miller for five months after the 2016 incident.

Constable Michael Theriault has been convicted of assault in the incident that left Miller with a ruptured eye.