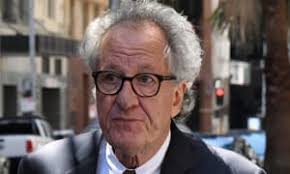 Last April, Rush was awarded the money after wining the case against Nationwide News, which is published and owned by Rupert Murdoch.

The Nationwide News had run stories accusing Rush of behaving inappropriately towards a former theatre co-star and argued the payout was “manifestly excessive”.

But three Federal Court judges ruled the sum was “appropriate high” given the “extremely serious” allegations and the harm caused to Rush’s reputation.

The 68-year old actor won an Oscar for his performance in the 1996 film “Shine.”