Satellite images released this week show construction activity under way on both the Indian and Chinese sides of a contested border high in the Karakoram mountains a week after a deadly clash in the area left 20 Indian soldiers dead. 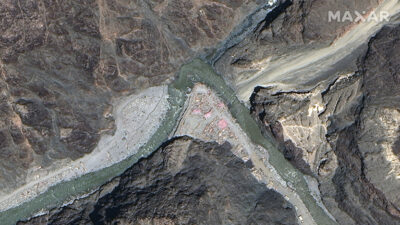 Around midnight on June 15th, soldiers attacked each other with rocks, clubs and their fists in the Galwan Valley, the deadliest violence between the two countries in 45 years.

Activity on both sides of the Galwan River has proceeded even as Chinese and Indian diplomats said military commanders had agreed to disengage from a standoff there.