There is now explicit word from the Chinese government that if Canada sets Huawei executive Meng Wanzhou free, it could affect the fate of two Canadians jailed and charged with espionage by Beijing. 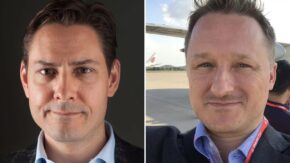 Zhao Lijian was commenting on reports in the Canadian media of a legal opinion that says the federal government has the authority to intervene in Ms. Meng’s extradition case and set her free immediately.

Prime Minister Justin Trudeau has repeatedly said he cannot and will not intervene in the Meng case.

It was a hot topic of discussion with our strategy panelists on Zoomer Radio’s Fight Back with Libby Znaimer.

Karen Stintz and Charles Bird agreed it’s political, but not on what should be done.

“The real issue is power and control and who has it,” Stintz explained, “Does the U.S. have it or does China have it, and we’re a pawn right now and we’re being played by both super powers and we’re the only loser right now. Canada has to grow a pair and figure out what it is we’re trying to achieve on the world stage and figure out how to get it done.”

“Well I see the secretary of state for the U.S. and the British foreign minister coming out in concert with our prime minister,” Charles Bird said to Stintz’s claim that Canada does not have a strategy, “That sounds like a strategy to me.”

The Huawei executive was arrested in December of 2018 in Vancouver on a request from the U.S.

Soon after, Canadians Michael Kovrig and Michael Spavor were detained in China, and formally charged a few days ago.

On Wednesday, a group of 19 former politicians and diplomats penned a letter calling for Trudeau to end extradition proceedings against Meng Wanzhou, in exchange for freeing the two Canadians.