PUBLICIST TO THE STARS DIES AT 67

She was one of the most powerful publicists in Hollywood. 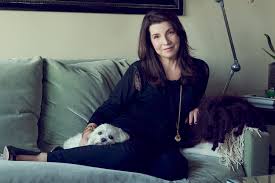 She also represented Renée Zellweger who honoured the publicist when she accepted her Academy Award for her work as the lead actor in “Judy,” based on the life of Judy Garland.

During her 30-year-plus career behind the scenes, Ryder facilitated thousands of interviews on behalf of her A-list clients. Edmonton-born Michael J. Fox was her first client in 1984