In keeping with the tone he set through his music, the wife of singer-songwriter John Prine is getting involved in a political movement. 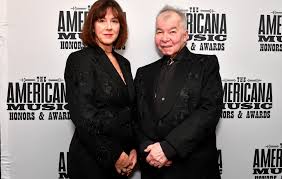 Prine died in April from complications of COVID-19 at the age of 73.  She also contracted the coronavirus but has since recovered.

Now Finona Whelan Pine is urging lawmakers in her home state of Tennessee to expand absentee voting so they don’t have to put their health at risk to exercise their right.

She told a government panel that allowing more people to cast an absentee ballot is critical in ensuring that people remain safe and healthy during the 2020 election.

John Prine was considered one one of the most influential songwriters of his generation and received a Grammy Lifetime Achievement Award earlier this year.