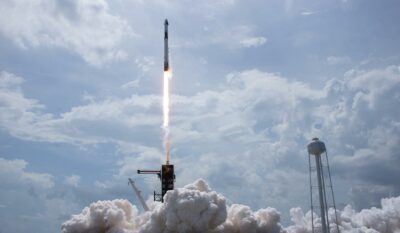 The Dragon capsule arrived Sunday morning, hours after a historic liftoff from Florida.

It’s the first time that a privately built and owned spacecraft has delivered a crew to the orbiting lab.

SpaceX launched the Dragon from Kennedy Space Center on Saturday afternoon, the first astronaut launch from the U.S. to orbit in nearly a decade.