TORONTO'S CYCLING NETWORK TO BE EXPANDED DURING PANDEMIC TO MIRROR TRANSIT

Toronto’s mayor says the city’s cycling network is about to be expanded during the COVID-19 crisis.

John Tory explained Monday morning that about 40 kilometres of on-street cycling will be announced later in the day. 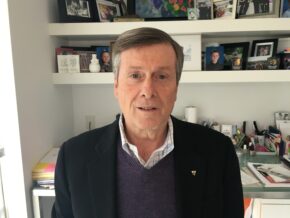 It will start with Bloor Street West from Shaw to Runneymede,” Mayor Tory told CP24, “Then we’re going to be going over to The Danforth, so you’ll have a huge long corridor that mirrors the transit so for those who might be anxious about transit in the early going, we’re going to make that safe too. They’ll have a place to cycle in a safe and healthy way. We’re going to be addressing University Avenue, so similarly we have a north-south spine that people can cycle safely and in a healthy manner.”

Mayor Tory says the stretch of Bloor Street from Avenue Road to Sherbourne will also be improved for cyclists.

He says this was all in the plans, it’s just being accelerated because of the pandemic.