Ontario’s nurses say they welcome the provincial government plan for an independent commission into long term care which has been devastated by COVID-19.

A statement from the Registered Nurses Association of Ontario outlines a number of factors believed to be at the core of the shortfalls which let down long term care residents during the pandemic.

These include issues of systemic response, such as low prioritization of the long term care sector and the deadly delays in making personal protective equipment and surveillance testing available.

The Ford PC’s decision to go with an independent commission rather than a public inquiry is also being lauded by Hazel McCallion.

She told Zoomer Radio’s Fight Back with Libby Znaimer, a public inquiry is a complete waste of time because it won’t provide for the immediate needs of long term care.

Hazel would like to see the 4 dollar an hour increase for personal support workers remain permanent along with government inspections of long term care homes.

She’s also calling for long term care to be covered under the Canada Health Act.

Listen to Hazel McCallion’s full conversation on Fight Back by clicking here. 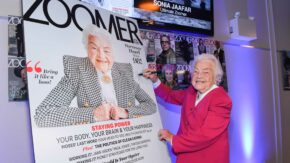 As a side note, Hazel was recently on the cover of Zoomer Magazine.