The poet who, along with Allen Ginsberg, helped launched the beat poetry movement in the US in the 1950’s has died. 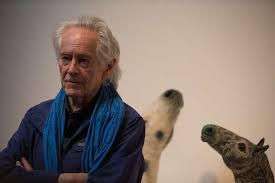 Michael McClure was 22 when he took part in the storied San Francisco reading where Ginsberg unveiled a version of “Howl.”

McClure went on to have his own moments of fame and notoriety, not just as a poet, but as a playwright, novelist and lyricist.

He died at his home in Oakland, California from complications from a stroke he suffered last year.