THEY'RE NOW EITHER ON LINE OR CANCELLED

One annual Canadian arts event is moving on line while another is cancelled outright because of the COVID-19 pandemic. 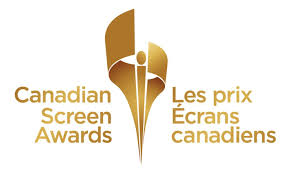 The winners of the 2020 Canadian Screen Awards will be announced virtually in a series of shows May 25th to the 28th and streamed on the Academy of Canadian Cinema and Television’s website and social media pages.

The pre-taped online presentations which will include footage from the film, TV and music video nominees with each of the eight vignettes being narrated by well-known Canadians like broadcaster Lloyd Robertson and Will & Grace star, Eric McCormack.

Meantime, Canadian Music Week has abandoned plans entirely for a 2020 festival after initially postponing the event to September.

As a result of the cancellation, all ticketed concerts have been refunded or are in the process of being refunded. Dixon says they hope to get back to normal next year .