All 17 chapters of JK Rowlings, “Harry Potter and the Sorcerer’s Stone” (Philosopher’s Stone in England), are being read in a series of free videos and audio recordings.  The lead off actor is the one who brought Potter to life on the silver screen, Daniel Radcliffe. 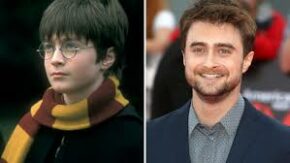 Other actors engaged in the project include Eddie Redmayne who won an Oscar for his portrayal of Stephen Hawking in the film “The Theory of Everything” and Stephen Fry who was recently on stage with a one-man show at the Shaw Festival.

The videos will feature on Rowling’s online hub to help children, parents, carer-givers and teachers through the pandemic.

Audio versions will also be available on Spotify.