90 PERCENT OF CANADIANS WILLING TO ACCEPT LOCKDOWN FOR REST OF MAY: SURVEY

Support for the lockdown among Canadians remains high.

But a new poll suggests the pandemic is also taking a toll on mental health. 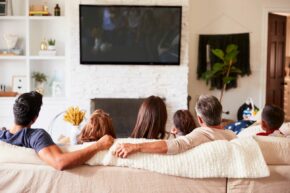 The Campaign Research survey finds overwhelming approval of the shutdown of most businesses, which began in mid-March and could continue for many weeks.

Spokesperson Nick Kouvalis says the poll suggests four out of five Canadians think the rules put in place by provincial governments have been effective.

When asked if they would continue to accept the rules staying in place for all of May, two-thirds say they would, while a quarter say they would grudgingly accept such restrictions.

Only five percent say they would neither accept nor follow the rules, while 4 percent have no opinion.

About a quarter say they’re drinking more alcohol during the lockdown, and 10 percent are using more cannabis.