CALGARY MAYOR VOWS STAMPEDE WILL BE BACK...JUST NOT IN 2020

Calgary’s mayor says the Calgary Stampede will return stronger then ever despite this year’s event being cancelled due to the COVID-19 pandemic. 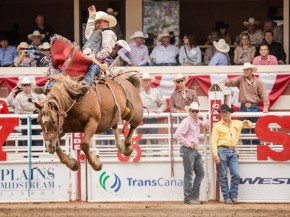 The so-called Greatest Show on Earth has been cancelled. It’s the first time in a century that the city’s biggest summer event has been called off.

Naheed Nenshi says the Stampede is a critical part of the summer but these are extraordinary times and they have to put the community first.